The year 2014 has been over for awhile, and I thought I should do a best of the year list, regardless of how late I am. So here it is, my favourite comics of 2014. I wrote them in the order I remembered them, not in any sort of be-all end-all accurate list of what the best comics were. I found it almost impossible to quantify what was the best book, the best comic, I've read this year. I try to base it off the one that had the biggest impact on me. I've a read a ton of books that I thoroughly enjoyed, but didn't leave as big of an impression. I'll provide a description on why I think the titles selected mattered or a link to a longer piece I did when available. 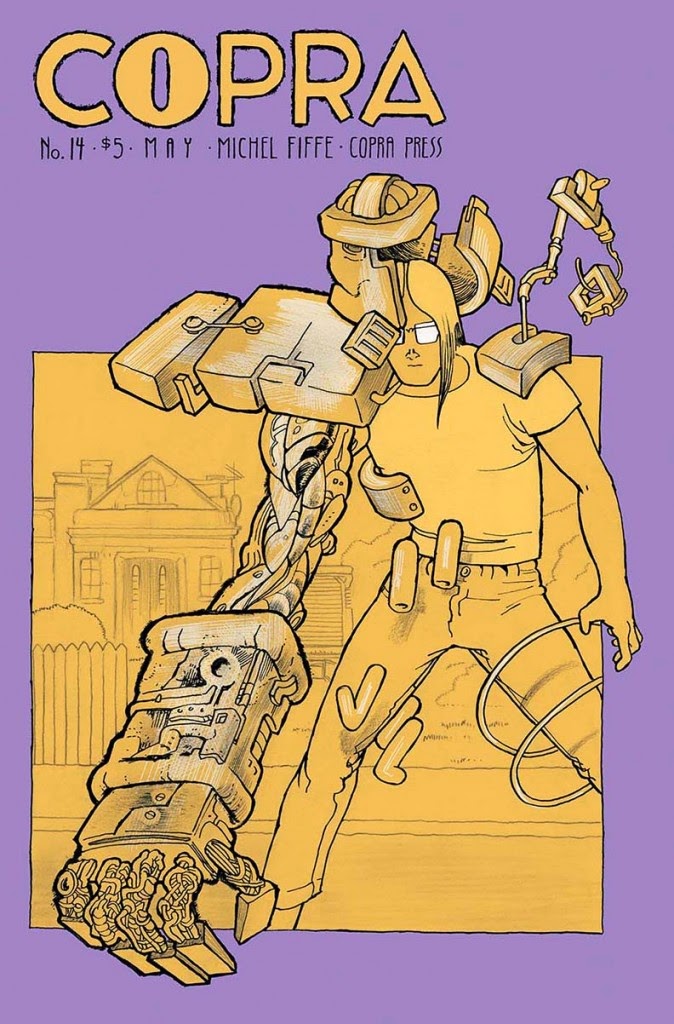 Michel Fiffe slows down the pace for a muted and discomforting story about one of Copra's team members. A tale of alienation, murder and quiet violence amidst family drama. Clever page design and an eerie beige colour scheme representing boredom. 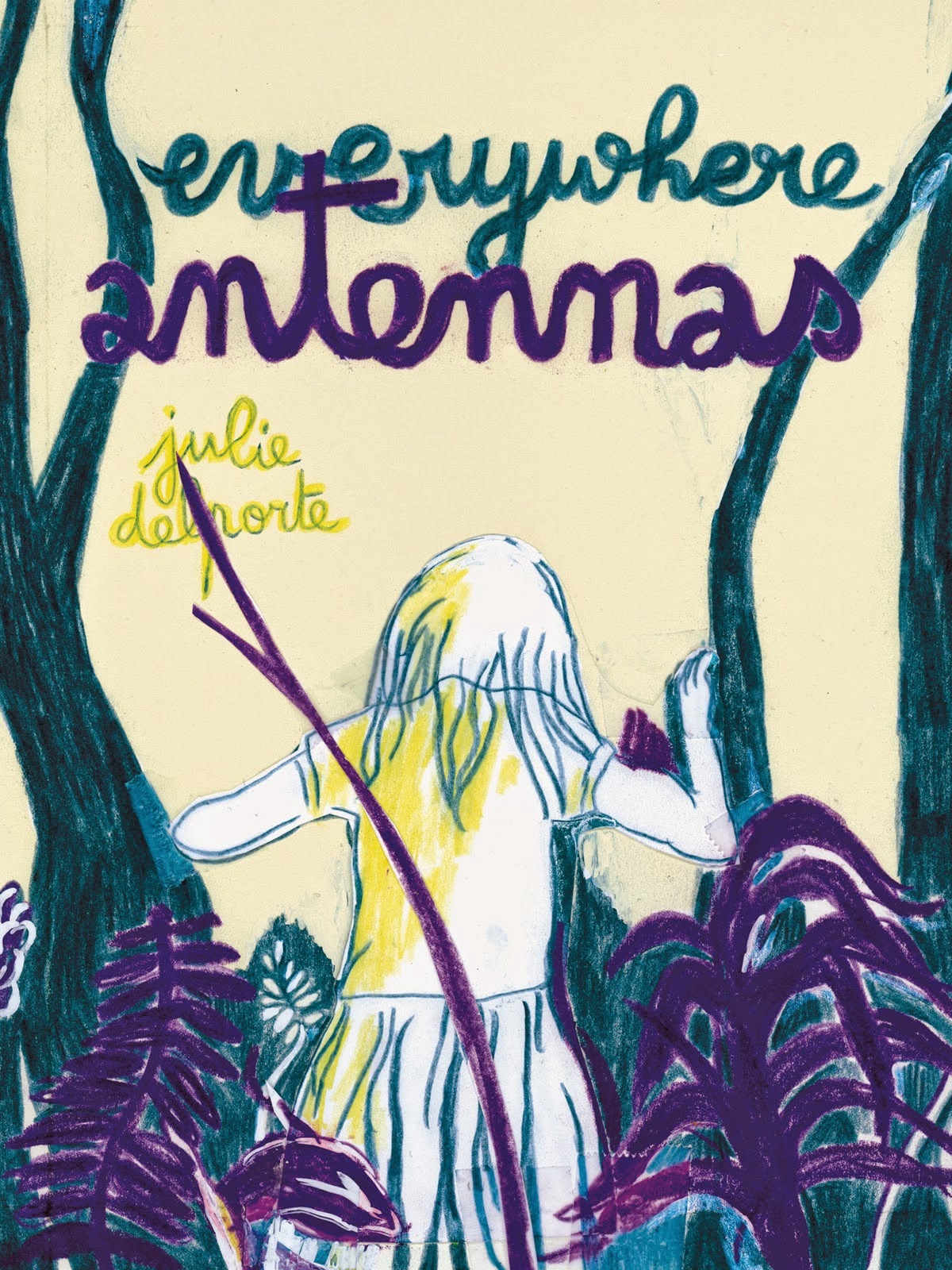 I'll actually wait to talk about this book more in-depth. This is the book club book for February and I'll have a longer post about it at that time. I saw Julie Delporte's work at TCAF 2014 for the first time. I got her book Journal from the Koyama Press table and I thought it looked splendid. I read it that night and went back to grab her newest book Everywhere Antennas the next day, hoping to be able to meet her and hear her talk about her process, her colours, everything. I'll have a longer write-up once the book club has a chance to weigh in. It's superb, the soft colours and raw emotions are simply fabulous.


Sam Alden had a very good year, with It Never Happened Again and various other projects. Wicked Chicken Queen turned out to be a revelation, for the book, but also for Retrofit Comics. I had seen a handful of other Retrofit publications, but they never struck me as being as excellent as this one. 2014 was home run after home run; a year of solid gold for them. I haven't reviewed any of their books yet because I'm still insecure about talking about books I truly enjoy. Theth and Debbie's Inferno were phenomenal and deserve to be read by a large audience. Back to the topic at hand. Wicked Chicken Queen was a fantastic exploration of myths, cultures and modernity. From cover to cover, this book was fanastic. 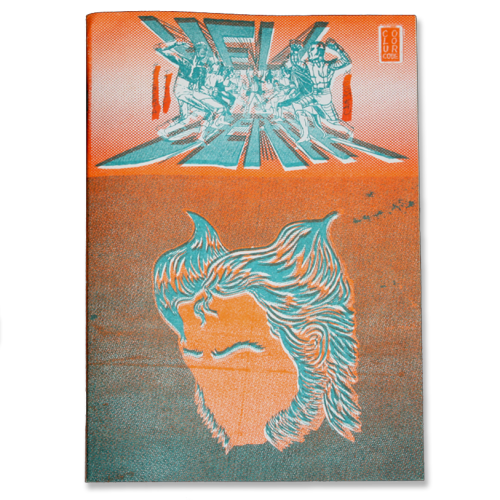 The final issue of one of the best Canadian political statements in Comics form ever made.


A mini comic by Box Brown, an in-depth exploration of colour, technology, religion and depth itself.

Through the Woods, Emily Carroll

The most hauntingly beautiful book of the year. Long Live Emily Carroll.


A consistantly fun and innovative superhero/Ally McBeal hybrid comics. Surprisingly published by Marvel Comics. Jump in now before they cancel it and kill the fun. Oh wait...Damn it. Well, now at least you can read Charles Soule's essay on the series right here. This series was the most enjoyable superhero comic I've read in a really long time. And Ron Wimberly's issues were fantastic. Look at those angles!

Jono Currier, whoever you are, wherever you may be, don't stop making comics and art.

A man and a woman are on "vacation", and as the rains pours outside, they find themselves unable to go out. Yet underneath their words lies something else. This book is set to be translated and released around May. Seek this out!

The story, the design, the world, the colour, the characters, the themes.

A collection of short stories available on a very attractive platform online and on paper. The comics themselves were good, particularly the one from Lyra Hill and the one from Sophie Foster-Domino. The online platform to read the comic is sharp and allows the reader to pick the way they want to read it (panel or grid) and provides a short biography of the author. It is also a bold statement on publishing: to print on newsprint paper, a dying medium in it's current paper form, while giving the reader multiple ways to access the content. It was both innovative and surprisingly well done.

I'll have more to say about this in a separate post once I wrap my head around it. Recidivist is bold, innovative, blending it's themes to it's form. It's an immersive experience the like of which I have rarely seen before. Read more about it on Zak Sally's weblog
Posted by Leblanc_phil at 18:21