I've heard fantastic things about European cartoonist Bastien Vives, Polina in particular, but some other of his books like Le goût du Chlore. So I decided to work my way through his books. This is one of my comics reading goals this year (among others like reading the entire "L'Incal"). So I decided to begin with this book for some reason. It was available at the Ottawa Public Library. The fifth volume in the Shampooing collection. Each book in the collection focuses on a different theme: Video Games, Love, Blogging, Comic Books and this one, War. This collection is led by Lewis Trondheim (creator of my favourite cartoon as a kid: Fly Tales).

So what is this book about? It's a series of loosely connected vignettes depicting various facets of war. We follow Julius Cesar as he struggles with the weight of the splendour of Rome. How can he deal with ruling such an awesome empire? We also follow a modern military campaign against women and various other vignettes of war. Not all comics are directly related to war, but they are related by their themes. War is simply the frame on which to hang the stories. What is War for Vives? War is ignorance. Violence is a means of last resort, it is appalling and can be avoided. War is far too often ideolized. All of those are themes Vives discusses.

The book opens with a soldier who appears to be involved in a nameless campaign on an unnamed pacific island as he meets with the natives of the island. The conflict is not so much the war itself, but the conflict between the man's culture and theirs. The conflict is only one sided as the military man cannot fathom a culture other than his own and he insults and denigrates the culture of the others. In another vignette, two woman are so concerned with their social media profiles and status updates that they failed to hear that Russia was invading their country. 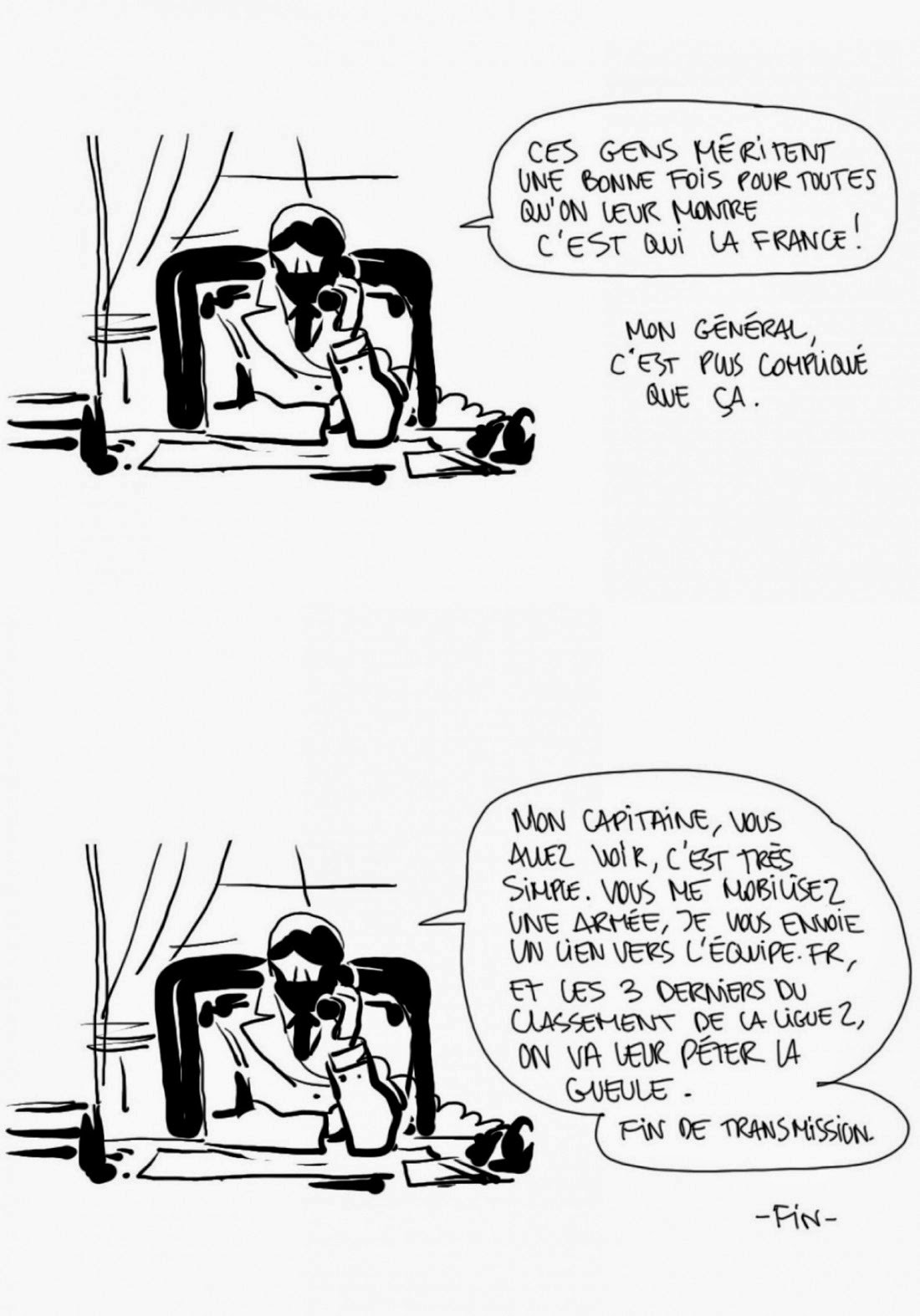 Ignorance is rampant with the characters of the book. It is used for laughter, yet Vives makes a point to point out the dangerous implications of ignorance. When the UN leaders discuss how to solve overpopulation problems, their stupidity and ignorance is alarming. They try to come up with plans to reducde the world population by 2 billion. They agree to begin bombing large population centers. "South America, nobody knows what they're doing down there anyway...they've been there for years". This ignorance prevents them from understanding the complexity of the world and reduces everything to simple flawed logic. It is deeply dangerous. 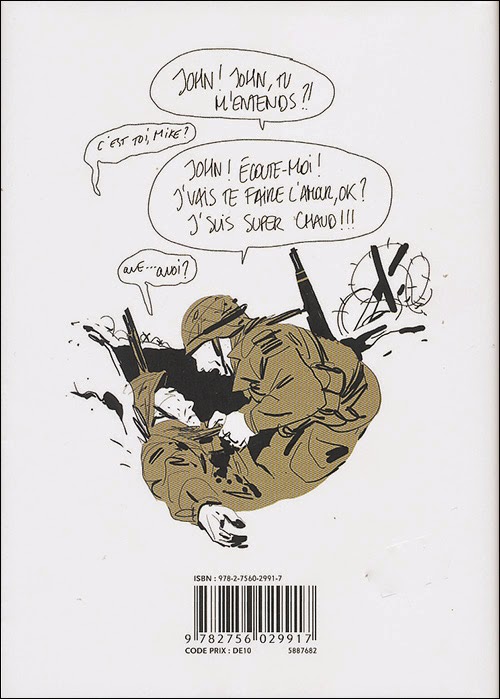 Vives' art is wonderful. He doesn't use any official panels, yet he maintains a rigid structure of 2 images per page throughout the book. There isn't much in terms of movement. The action in each vignette is mostly confined to the dialog. The verbal interaction is what drives the action. This further emphasizes the character`s ignorance and lack of forethought. During the vignettes on the military campaign against women, a general manages to say "How did we ended up here friends...So fast. They observed us for over 200,000 years and today they strike... while we were all sleeping". Vives' lines are thick and bold, maintaining a surprisingly expressive style while still being quite minimalistic. Although the figures he draws do not move from panel to panel, there is a certain energy, almost kineticism to them I can't quite describe. It looks phenomenal.

Vive's book was a thoughtful comedic look at the roots of war. We can only reflect on our world and hope that those involved with the decisions leading to war aren't as ignorant as Vives describes here.
Posted by Leblanc_phil at 13:19