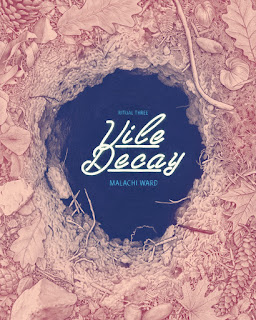 The Canadian government recently signed the Trans Pacific Partnership, a massive trade agreement hailed by the current (until October 19th) Prime Minister Stephen Harper. Hailed by the PM and his party as a milestone of Canadian trade, the focus of the press has been mostly on the impact of the TPP on the Canadian Dairy industry and the Auto Manufacturing industry (and with reason as this appears to be the final nail in the Canadian car industry’s coffin). But little has been said about the massive loss of privacy provisions that are included in the TPP. I didn't think anyone would ever include privacy provisions in a trade deal, but here it is. The TPP features many anti-privacy measures and limits the ability of governments to prevent the safekeeping of sensitive information within their own borders. This means that shortly our provincial and federal governments will no longer be able to require sensitive data to be stored locally (i.e. within it's boundaries and therefore, within it's jurisdiction). Adding to this the Mickey Mouse clause of copyright extension to prevent Disney from losing Mickey Mouse for another 20 years and thus also preventing countless works from being made available costing hundreds of millions more to the public, and you have a strange agreement where the winners are not the Canadian public as mentioned, but a handful of multi-billion dollar companies.

In addition to this, Canada has recently passed a law that is eerily similar to the U.S Patriot Act in the form of Bill C-51, effectively creating a mass surveillance state with little oversight over what the government is doing with our information. I fear many do not understand the surveillance apparatus being installed around them. We all have this idea of George Orwell's 1984 where the repressive conditions laid out by the State can be seen with cameras everywhere. But the system didn’t place cameras around their house, they’ve placed them directly in their pockets through our smartphones, in our living rooms with our laptops. And we didn't stop it from happening.

Whenever I think of this destruction of privacy, I think of Malachi Ward’s Ritual #3: Vile Decay. Even more so nowadays with the Canadian federal elections just hours away. In Ritual Three: Vile Decay an older woman recalls to her grandchildren the moment she felt the world went wrong. Using a virtual environment, she recalls her memories of protest, and ultimately how pointless it all felt. I feel like this in many ways; one day I’ll explain to my children that, when these moments happened, we were powerless to stop the slide because we failed to comprehend the severity of what was happening in front of us.

The colours used by Ward in Ritual is stunning, his pacing is extraordinary. As the woman recalls her involvement with the riots (in a great crowd seen, rarely seen in comics due to the complexity of staging such panels), she also remembers the aftermath. As she and her friends are talking about what just happened, the conversation drifts towards the mundanity of everyday life. They too are unable to comprehend what is transpiring ahead of them. As they walk back towards their house, the group disperses under the sunrise of a new day. A darker day, where the spark of revolution has failed and the surveillance State prevailed. The brightness of the colours contrast immensely with the grim reality laid out by the world on the page. There are countless imageries of constructions and crumbling, both physical, societal and digital. It's exceptional. A remarkable work of speculative fiction. Much like Ritual Two: The Reverie, Ward finds inspiration in our troubling realities, the loss of a loved one, the loss of our privacy, and he crafts a relevant and affecting comic. I bought this in 2014 and I remember it vividly to this day.

I’m writing this, days before the 2015 Canadian election where the three major parties are fairly close in the polls and we’re unable to predict a clear winner. The only party who seems to understand the brutality of those repressive measures and who's willing to tackle them (The NDP) will be coming in third. It seems that the party who leads the charge on C-51 and caved in on internet surveillance through the TPP (the Conservatives) might win again, or that the party who doesn’t care about the implications of any of those two issues (the Liberals) might also win. I don’t think Canada will be a different country on Monday, but it will certainly be a less open and free country. One teetering ever closer to the dark and gloomy world presented in Ritual Three: Vile Decay.