One can always recall the people one had strong feelings for. I remember the first time I really liked a girl. She was in my class when I was 7. She was cool, and she liked the same things I liked: Batman and biking. But as time passed, I forgot more and more. Such is the nature of memories. They are fleeting and untraceable. I can't remember her name anymore, just that she was a tattoo artist`s daughter. But these memories, these feelings, they affect us. Where Bold Stars Go To Die, much like Sam Alden's "Hawaii 1997" is about being attached to the memories of someone we liked, loved even. Some of us will spend our life looking for this love, while most of us will move on. But the memories, as fleeting as they are, will remain, forever trapped in amber, until they disappear within our subconscious, internalized and accepted as a part of us. 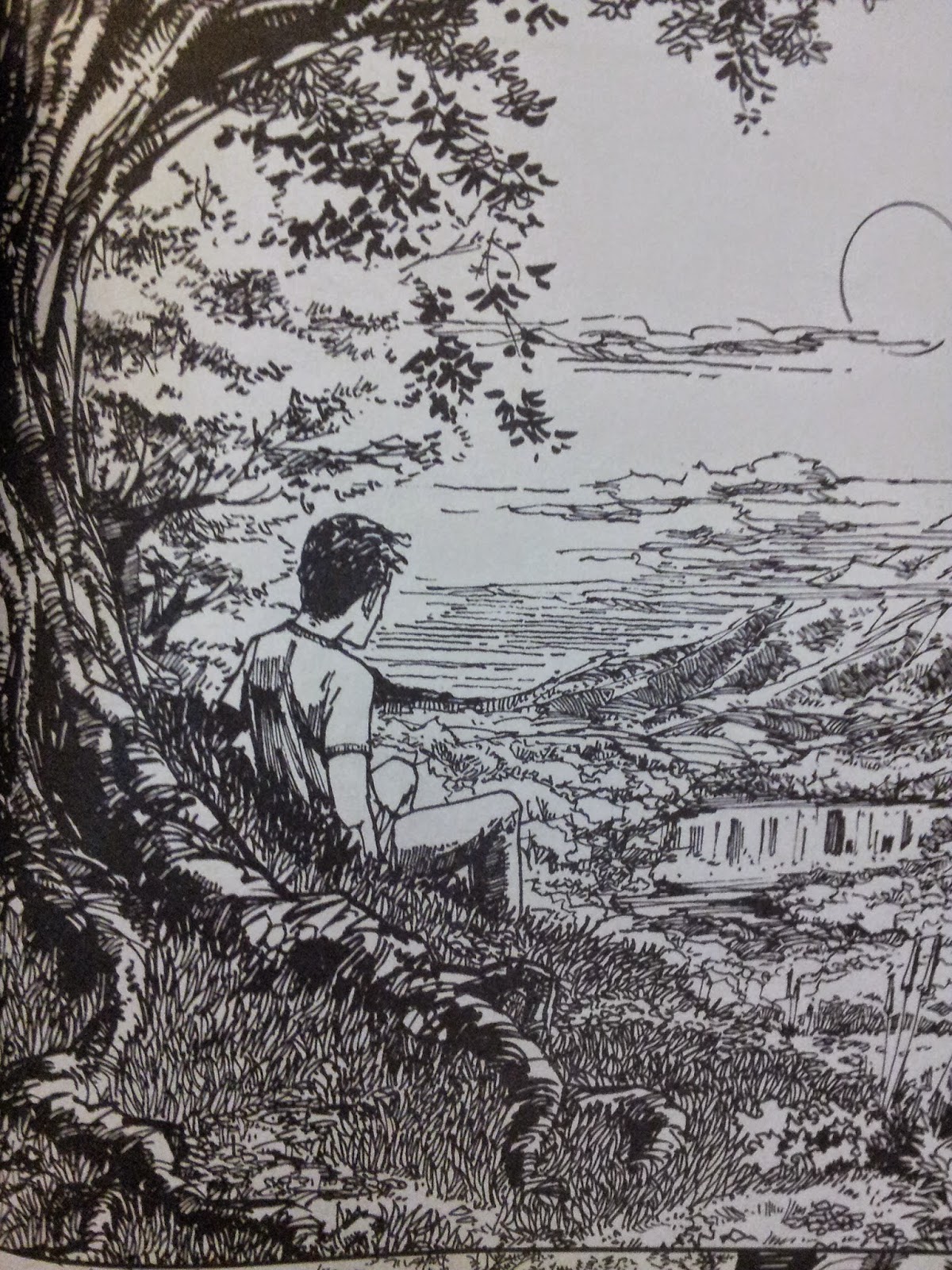 Where Bold Stars Go To Die is a touching story about love and the memories of love. It traces the story of Daniel, a young man and his passion and love towards a Philippino porn actress. He becomes obsessed with this "Bold Star" and this obsession intertwines desire, lust and dreams. In this book, the Bold Stars remain alive in an idyllic dream environment, sustained by the desire of those who once admired them. The Star he liked, however, is remembered by no one else and her light will soon be extinguished. As much as I objected to the fact that women can only seem to survive if they are sexualized, the story goes beyond that aspect fairly quickly. It doesn't mean it's not problematic from a gendered perspective, but it's not only about this. It's a book about obsession, intimacy and loneliness. It is also a mature, thoughtful and honest reflection on sexuality. In fact, one could argue that despite their status as exploited actresses, they hold the power over the men, who are driven to the point of insanity by their obsessive lust for them. One can read the story in many ways. It is about the nature of memories, lust and dreams after all, I don't think there's one correct answer on the matter. 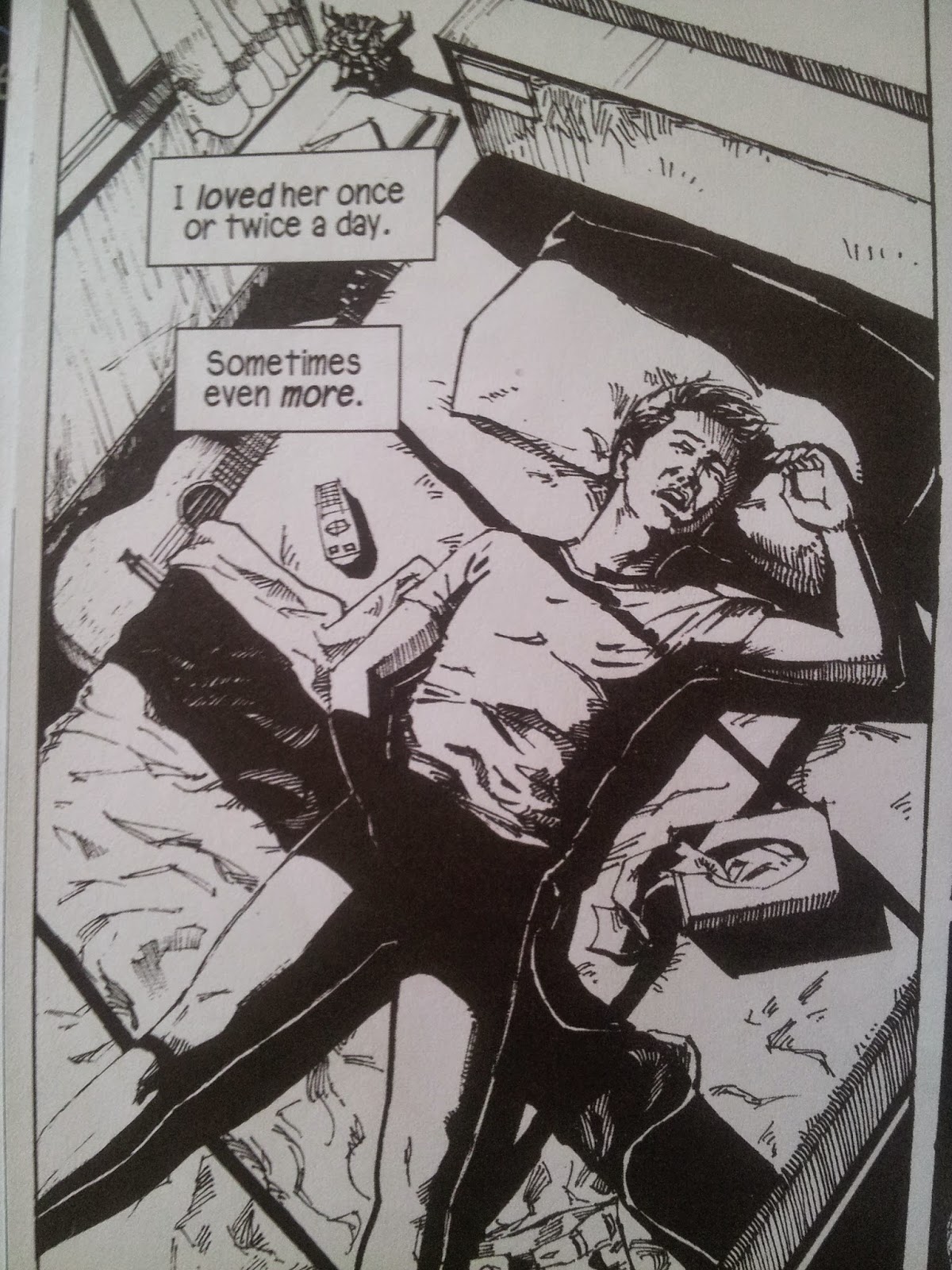 It is very interesting as it talks about a cultural aspect I never ever considered before; Bold Star, and softcore pornography in the Philippines from the 60's to the early nineties and it's influence on comics. Interestingly, there was a whole style of comics "Bomba Komiks" that became really popular during that time. I'll let you read the article I linked to if you feel like getting more information on the matter. What is interesting is that this became a cultural artifact of sorts, one that many use as a source of inspiration. 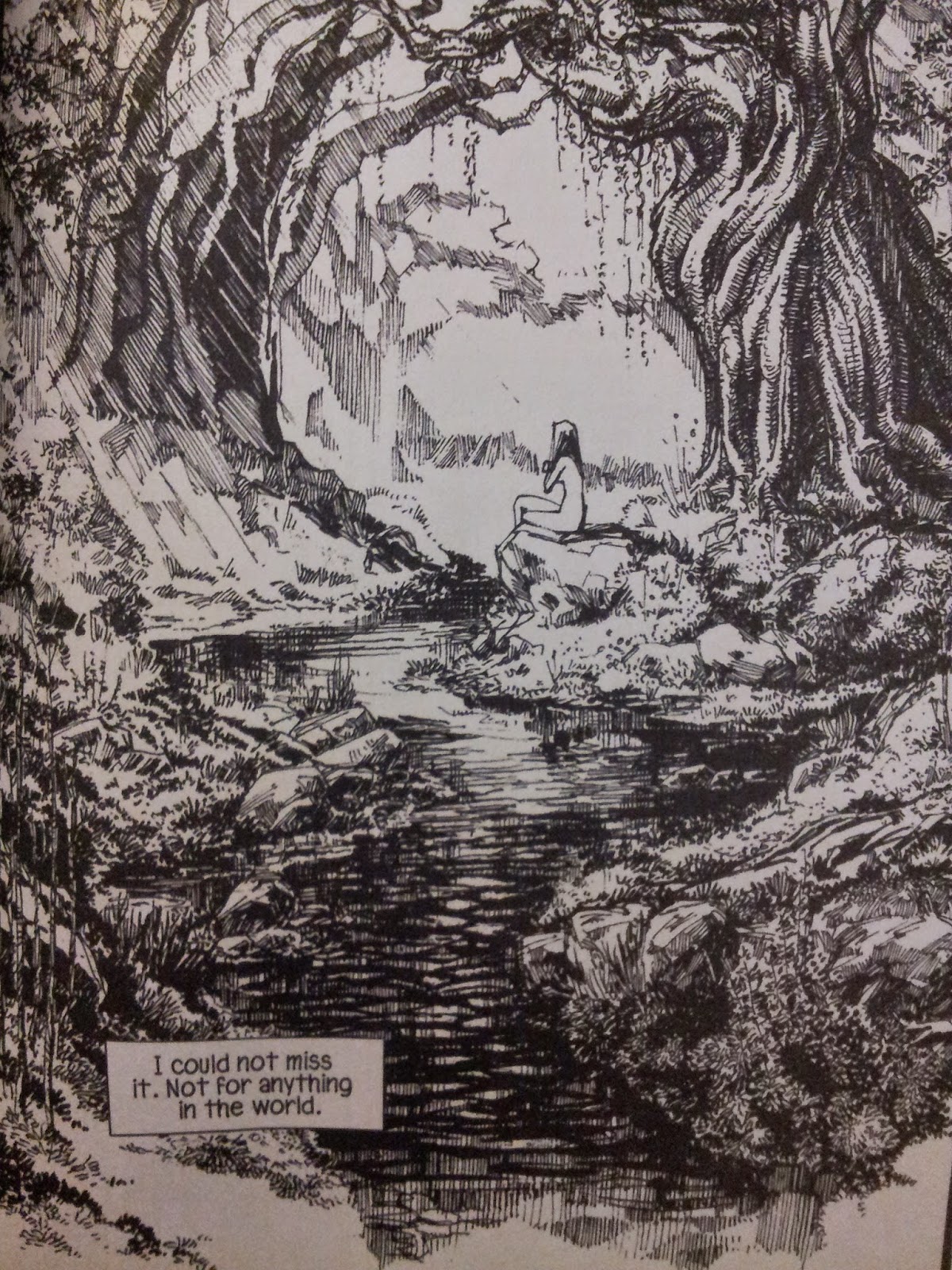 The real draw here is the art and the letter Gerry Alanguilan wrote on the artist Arlanzando C Esmena. It is unfortunately the only book by Esmena, as he passed away from cancer in (INSERT DATE). The mastery on the page is nothing short of impressive. Esmena is able to depict the nature of a fantasy in a very interesting way, particularly in the first few pages. The way he used breaks and angles to show how fantasies are not linear is quite clever. The panel distribution also reinforces this aspect. The panels are broken up, showing almost no fluid movement, but fragments of specific moments in Daniel's fantasy narrative. The "Eden" of the stars is truly remarkable. We feel the depth in the forest and the landscape. He is quite skilled at executing shadows. He uses proper lighting and shadows with different angles throughout the book. He is also very adept at drawing the human form, and in particular the human face.

I read the book multiple times, very carefully each time to appreciate the craftmanship of each panel. I'd recommend it for the art alone, but Alanguilan's thoughtful essay at the end of the new edition on Philippino comics and his friend and colleague Arlanzandro is truly touching. The pin-up gallery alone is worth a look. A lot of contributors to this gallery will be familiar to those who read american superhero comics: Leinil Francis Yu and Philip Tan in particular have provided some amazing contributions. It's an interesting and heartfelt book and will remain a testament to the fading memories of those who we once loved, and those who disappeared too soon.
Posted by Leblanc_phil at 06:29