I visited San Francisco a few weeks ago and went on a hunt for the best comic book I could find. I was surprised to find a bin of floppies with lots of independent comics at Dog Eared Books. One of the coolest finds was a comic with three different covers called "Planet Claire" by Justine Reyes. Having no knowledge of what this was, I picked up a copy and read it later that night. Then a second time, and a third time. And a few more times the day after. Why did I read it so much and what is Planet Claire?

Planet Claire is a planet, a celestial body with human features. All that can be found on the planet is undeniably humanoid in it's own unique and strange way. Headless or limbless rests atop abstract background. 3-eyed busts are surrounded with stars. Rainbow-summoning Ballerina, naked women and creepy dolls are also present on it's surface. Then, it's over. 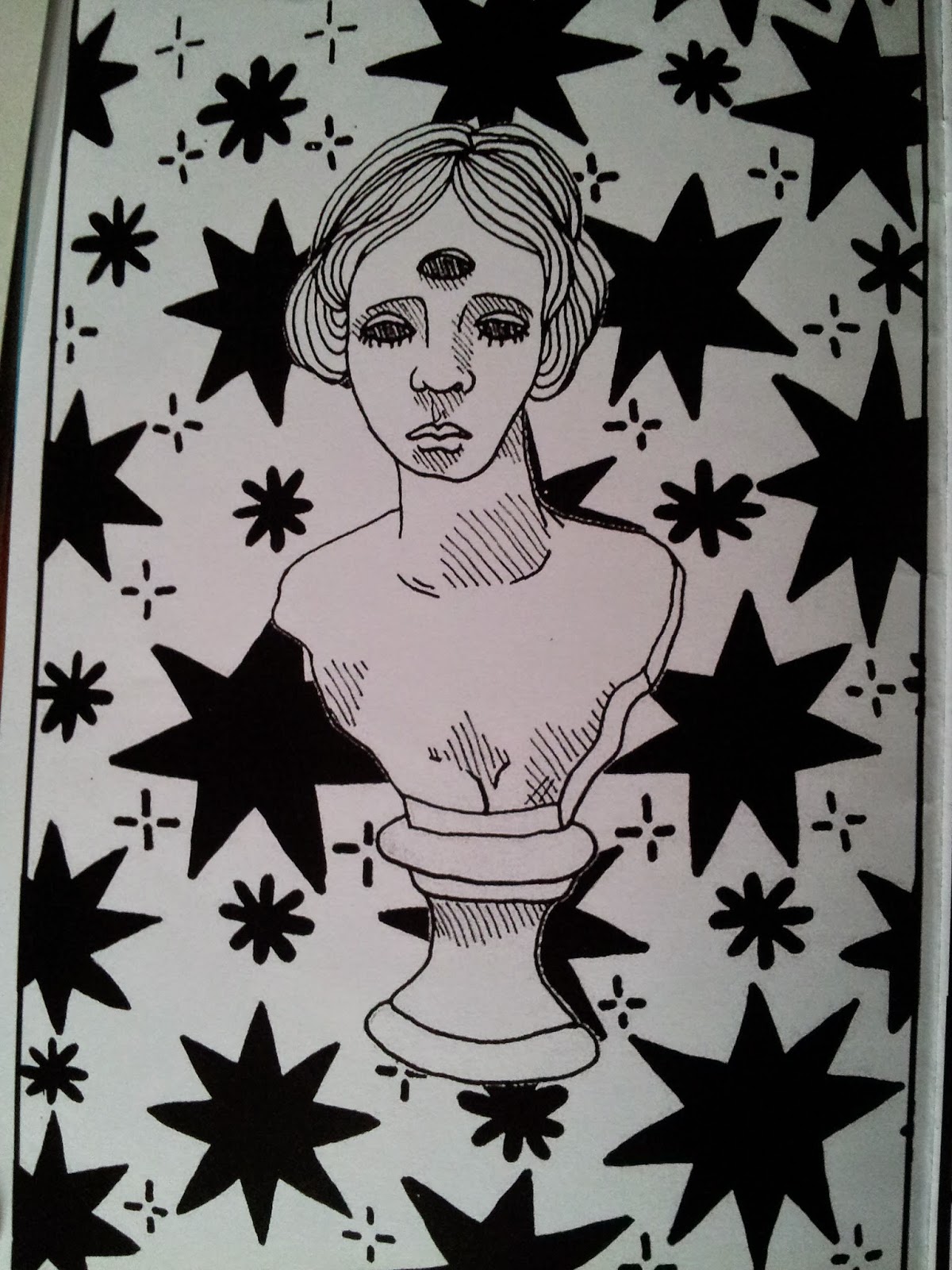 What interested me about this short comic, was the realization that I created meaning for myself and upon multiple readings, this meaning changed and evolved. I was consciously making an effort to find a different meaning with every read. As I browsed through the small and unkept bin from Dog Eared Books, I noticed that there were multiple colours for the cover of Planet Claire. I purposefully bought the blue cover. The pink cover seemed too bright and nausea-inducing with a fluorescent shade I just couldn't stomach. There was also a bright fluorescent yellow cover as well. I didn't pick it either as I use that kind of highlighter colour every day at work and am just generally sick of looking at it. So I picked up the blue cover and I can't help but noticing that it affected my reading and understanding of the book. I immediately associated the planet with ice-like qualities; it's human form frozen in its abstraction. A blue that evoked it's skies, it's ocean, and maybe a bit of melancholy. Perhaps I would feel differently had I picked a yellow cover. I may have attributed more warmth and happiness, maybe even some sunny attributes.

In the end, meaning was established which rendered my questions meaningless. But the process to create meaning out of this book was exhilarating. It wasn't a phenomenal book, but a haunting one.

After all this, I was intrigued. I thought about the process of interpretation I went through (more on that below). I tried finding information on this book online and came up empty-handed. My only lead to know more was the email address at the back of the book. I contacted the artist and she was kind enough to provide some insight on the comic. She was able to explain that "Planet Claire" was a nod to women and girls. Through this book, she played with themes and icons involving females, which was something I didn't realize when reading. It was meant as an empowering comic for women as she explained: "women are not usually represented with such masculinity and power as often as men are."

Not matter what meaning or interpretation one will gain this book, it will be your own, guided through the lens of strange patterns. Check out Justine Reyes's book here.
Posted by Leblanc_phil at 17:12