One of the constant struggle in Canada's history has been to define its identity. It's been debated long before I was born and will probably still be debated after I die. Canada is so vast, that to clearly define a single identity is ludicrous and impossible. We constantly struggle to determine this "Canadian-ness" because of our history and because we are so close to the Unites States of America. When standing next to their clearly defined symbols and defining traits, it is understandable that we may be unsure. I won't try to define what they are, we all know and have a pretty accurate picture. Yet when it comes to Canada, the answers aren't simple.

I come from the province of Quebec, where language and history play very important roles. Because of it's French heritage, Quebec`s culture is different from other provinces. Montreal, for example, is a multicultural, multilingual environment with a combination of centuries old history and modern day metropolis. Yet Quebec as a province is quite different from Alberta, or Prince Edward Island. Different geography, language and many other factors makes all of Canada's provinces unique. From coast to coast, from North to South, we struggle to define exactly who we are. Marshall McLuhan, a Canadian communication scholar and intellectual once said that Canada is one of the only countries in the world that knows how to live without an identity. I'm not sure we're entirely without an identity. We can boast some broad traits: inclusiveness, welcoming, a tendency toward compromises, politeness, Tim Horton's coffee (though I never understood that one, it's not that great). Defining our identity is important, possibly unachievable and a constant struggle.

Our Canadian "heroes" emanate from history and politics, not really from culture, and especially not from a pop culture perspective. Terry Fox, Romeo Dallaire, Chris Hadfield, Pierre Trudeau, David Suzuki, those are all recognizable names for us Canadians. When it comes to fictional superheroes, most of us know that the creator of Superman, Joe Shuster was Canadian (Superman has been on our stamps and money!). We know Wolverine is Canadian, some people may know Alpha Flight, but that's about it. Talk about Captain Canuck, Nelvana of the Northern Lights, Reid Fleming, Atomic Betty, Scott Pilgrim, Johnny Canuck and the number of people who know who these are goes down drastically. Our Canadian superheroes, those that are instantly recognized by the public, are surprisingly American-born (except Superman, you can argue about Superman).

I met Michael Comeau at TCAF 2014 and it has taken me 6 months to come to properly articulate what I wanted to say about Hellberta. Talking with Michael, you could sense the artist`s struggle to reconcile many aspects of Canadian identity, his conception of Wolverine as a "Canadian" hero in spite of its American corporate owners. Additionally, he explained that the current atmosphere in Alberta has changed drastically over the past several years. The development or the Oil Sands (or Tar Sands) has created a huge rift in the province. It's difficult to extract the oil, requires a lot of water and emits a high quantity of CO2. Its destructive, and most likely irreversible. The economical benefits for Alberta are immense, but so is the fallout of the operation. Michael moved out of Alberta years ago and has been questioning Canada, it's identity and politics ever since. Hellberta is a thoughtful exploration of these themes. It doesn't offer any answer, but plenty of questions and avenues for discussion.

First of all, Hellberta is one of the most meaningful and interesting Wolverine comics I`ve ever come across. There's really only four important texts about the character anyways, Chris Claremont's early run of Uncanny X-Men (which I define as Giant Size X-Men #1 to Uncanny X-Men #150 though you might not share my opinion), Claremont and Frank Miller's version in Japan, Weapon X and Origin. Everything else has just been filler. Do you remember when Wolverine went to Hell? Or the countless times he fought people he didn't want to but kept pushing him in a bar (like in every other Wolverine story it seems)? Or when he was not a mutant but from a race Lupine or controlled by Roulus? Who cares, all of it is garbage anyhow and doesn't add anything meaningful to this character. Hellberta, however, adds something more to the character. Comeau recasts Wolverine in the first issue as a sort of Canadian Messiah. No longer able to idly stand by as the destruction of the environment caused by the Tar Sands continues, Wolverine decides to stop the polluters by going berserk against an extraction plant. His plans are thwarted by none other than Stephen Harper, the Prime Minister of Canada, and his Crucivixens. Wolverine is crucified and the pain and destructions are stopped by the cleansing of Jean Grey, the Phoenix. Wolverine comes back from the dead to lead the survivors to a brighter future of enlightenment. Michael Comeau turns his political indignation into art. It is impactful, it is subversive, it is sublime.

Hellberta #2 changes gears dramatically and puts Wolverine on the backburner in favour of Michael Comeau's Canadian road trip. He still explores themes of identity, but this time, he also tackles the dichotomy between rural and urban landscapes, and he is also exploring the struggle between the profane and the holy. Canadian landscapes are beautiful and strangely perfect for introspection. It takes forever to get anywhere and this gives you a lot of time to think about life and the issues that affect you. Comeau contrasts the seemingly endless landscape of mountain range with angelic battles and city streets littered with the monstrosities. Comeau's first page perfectly demonstrates what he`s attempting to do: "This book mirrors the plodding march into the gaping mouth of Hell we created for ourselves". He also adds that "The Oil Boom radicalized a generation. Those who embraced the grotesque entitlement contrast those who would not or could not in an environment intolerant to the queer and weird. Family values and hospitality quickly changes to contempt. Never before have I witnessed such a quick change from "Hey Bro!" to "What's yer fucking problem".


Comeau's struggle in this issue is to reconcile what it means to be Canadian amidst drastic change. As someone from Quebec, I can understand what he goes through. Our province has gone through multiple exercises of sovereignty referendums since the 1970's. This has broken families, destroyed lives and effectively reshaped the entire political landscape. It created a new axis in the typical "Left-Right" political sides. To separate or not to separate from Canada. This is the "Up-Down" axis and all must play in this new arena. But it is not all inclusive and many are not satisfied with this (myself included) and must find a way to reconcile this new landscape amidst conflict, increasingly polarized public opinion and friends and family. I can see how difficult it must be to be from Alberta as a skirmish is occuring because of the Tar Sands. There is no clear way of handling this issue, but Michael Comeau just throws it on the page for you to react.

But it is not all gloomy reflections on Canadian Existential Dread, there is a glimmer of fun when Wolverine and Puck are going out to drink at a bar. Puck hopes there won't be any trouble as Logan spent a drunken night with Big Brianna, and her seven brothers may not be happy about it. There is a bit of excitement, but Wolverine, being the best at what he does, just tells these guys to fuck off otherwise he'll just kill all of them. Mercy is not one of his virtues. Oh and also, Wolverine is actually Neil Young! 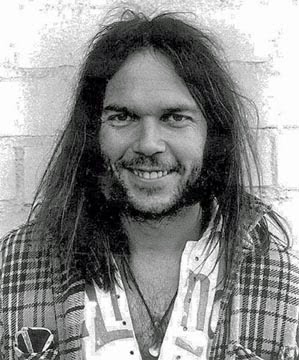 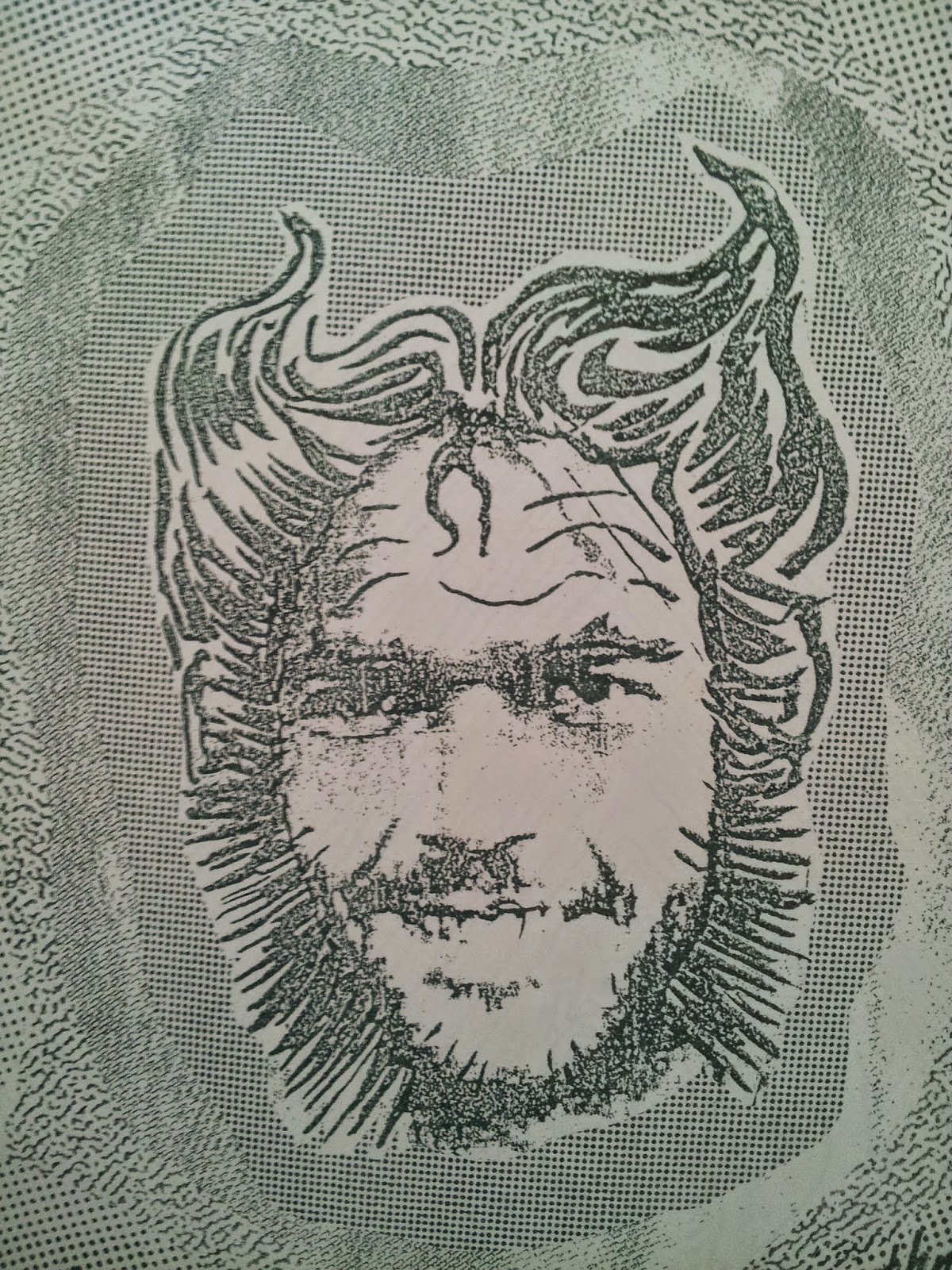 The third issue of Hellberta is yet another different beast. Not a comic, nor a road trip diary, this issue tackles the underlying issue in idolizing a character such as Wolverine. He's portrayed as an exaggeration of his normal self, a wise-cracking irreverent loner. His love for drinking, which is portrayed mildly in the comics, is now expanded to see the underlying current of alcoholism running through him. The first part  of Hellberta #3 is a photo comic where Kitty Pride and Jubilee talk about their relationships with Logan. They discuss his rough maneurism and complete lack of empathy and it is remarkably accurate. He marks his territory, he's inappropriate even during ninja fights and he has a bizarre sexual relationship with Yukio. Everyone, this is your idol. Seven movies have been made about Wolverine and it's important to look back  at the text and the subtext to understand the appeal of the character.

The second half of the comic deals with his berserker rage and alcohol abuse. The tone shifts as we see him and Puck drink at a bar and the other patrons encourage his behavior. They all like to see his decadence and how low he can sink. No one understands the cry for help that this represents as they all leave him to regenerate after his self immolation. As he wakes up and wards off the wolves eating his flesh in the woods, he contemplates his own condition. "My resurrection gets cheaper each morn". "Is the monster you know better than the one you don't? Is my humiliation a condition of my acceptance? A profanity of nature".
The series is also wonderful to look at on paper. All the issues are risographed. I had to look into this since I didn't really know what this was. It prints on unwaxed paper one layer/one colour at a time and must pass through the machine a few times for each colour and layer. It uses soy-based ink and natural fiber stencils. I found that PEOW!Studio have a very good explanation of the process. The end results for those comics is just wonderful. The palette of colour is limited, but used effectively. I'm not quite sure what the proper term is in English, the pages ends up with what I could describe as a radial gradient, but it's more of an "Aplat".  The pages have a single colour with varying levels of density and sometimes multiple colours with various densities to create varying effects. Regardless of the proper terms, it looks phenomenal. (I`ve since learned the correct term and it`s monochromatic).

Sadly, this series has had such a limited print, it is almost nonexistant and extremely difficult to find a copy. I was lucky enought to find a copy of the first two issues at The Beguiling last year and got the third issue at TCAF this year. I've shared them amongst friends and will continue to do so. Hopefully, it will be reprinted at some point and will be more widely available. Hellberta is a wonder of Canadian culture.

You can read the first issue here on Michael Comeau's Tumblr

Michael Comeau informed me that he is not from Alberta, but from Ontario. He lived (live) and travelled with ex-Calgarians.

A collected Hellberta is coming soon