Believed Behavior No.2: Never-Ending Self Actualization 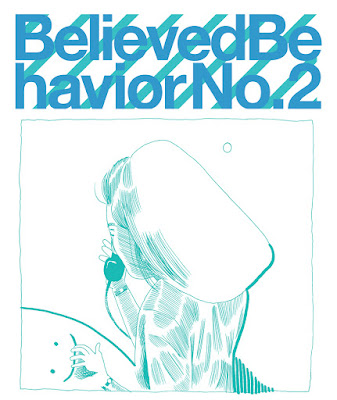 How does one improve oneself? As human beings, we always question our own actions and behaviours. We want to be the better version of ourselves. Abraham Maslow described this as "self-actualization"; the desire of humans to become actualized to their full potential, to become all that you can be. In this issue of Believed Behavior, we meet characters who take (or took) active steps to reaching their full potential. Whether it's becoming a poet, realizing that you've made a wrong career choice, becoming an airplane or learning to recognize colours by touching them, these characters are on a quest of self-actualization.

I've talked about Believed Behavior previously and some of what I said still applies. Believed Behavior is a multimedia comics experience. Two issues are out and a third issue is coming out in June 2015. It's a collection of short form comics printed on newsprint as well as an online web platform that allows you to read the comics the way you want. Once you buy Believed Behavior, you get a copy of the physical object and have access to the full issue online. You can grasp at the ephemeral aspect of the comics in two ways that are completely disposable: newsprint and data. 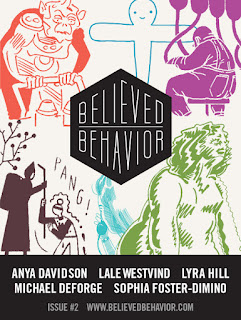 While the first issue lacked focus in terms of subject matter, the second issue`s focus is much narrower. As I said earlier, we meet characters who are on a quest for self-actualization. This issue features comics from Anya Davidson, Lale Westvind, Lyra Hill, Sophia Foster-Dimino and Michael Deforge. We start with Michael Deforge's story in which a woman has her body surgically altered to become an airplane. She always wanted to fly and blew her trust fund on the surgery. As the story progresses, she finds it's not as fun as she thought it would be: "This is less chill than I imagined". The comic leaves no answer as to her future except these bittersweet moments of loneliness and reconsideration. Then Anya Davidson shows us this weird world of masculine factory workers, where one employee wishes to be a poet. He keeps this close to his heart as he's afraid of what the others will think of it. In the end, it seems that his aspiration to become a poet has no impact on anyone`s lives. Sophia Foster-Dimino's comic is about a young bodyguard hired to escort a monk across the land, during which she quickly realizes that she's not up to the task.

Perhaps the most impressive comic in the package is the one from Lyra Hill in which a blind boy in a neon shop learns to recognize colours with the help of his father. It is quite moving and very well executed, particularly when you consider the really short nature of the comic. Additionally, Lyra Hill also did an artistic performance of the story of Papa Neon, which can be seen on Vimeo. It's quite impressive and ties into the ephemeral themes as well. This performance, much like data, is immaterial. It has happened and will never happen again. We can see it, but we'll never experience it. 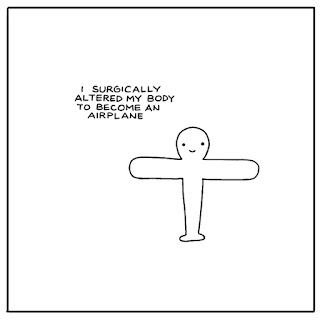 The medium of the comics allows you to reflect on the nature of the content. It makes you reflect on the longevity of those moments of self-actualization. Believed Behavior is printed on newsprint. This type of paper is thin, cheap and easily destructible. It's very nature is forgettable and bound to disappear over time, so to are our moments of clarity when we achieve our fullest potential. We evolve, as do our needs and psyche, and we can only achieve our highest potential for so long until we change and need to reach for new goals and a new self-actualization. Can these moments be everlasting? According to both the content and medium of Believed Behavior the question has a clear answer. 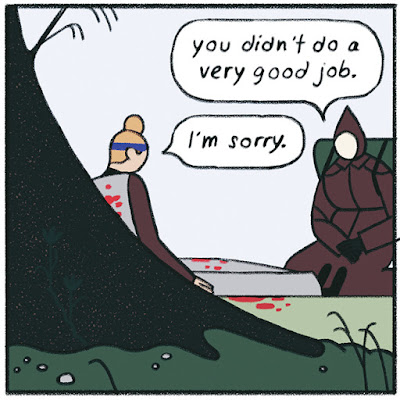